Developing as a podcaster, incrementally over the past five years has been marked by different recording setups as I’ve expanded my knowledge and developed a better ear for sound. Whilst I’m never going to achieve the levels of audio proficiency that audio technicians working in broadcast have, I can at least do the best with what I have available. From an audio hardware perspective I’ve essentially had four main setups in the past five years.

iPhone Headset ($29): Used for recording The Exastential Podcast. It was a good place to start but the audio quality was, quite frankly, terrible.

Generic Fabric Pop Filter, Generic Shock Mount, ATR-2100 USB Microphone ($79) from Amazon, Generic Boom Arm (About $150 total): Used from the beginning of Pragmatic on Fiatlux, and continued to be used through the indie transition for the show. The audio quality was acceptable but via USB it introduced a reasonable amount of background hiss which was annoying. For a brief period the Onyx Blackjack was used instead via the ATR-2100’s XLR input however the ATR was retired shortly thereafter. 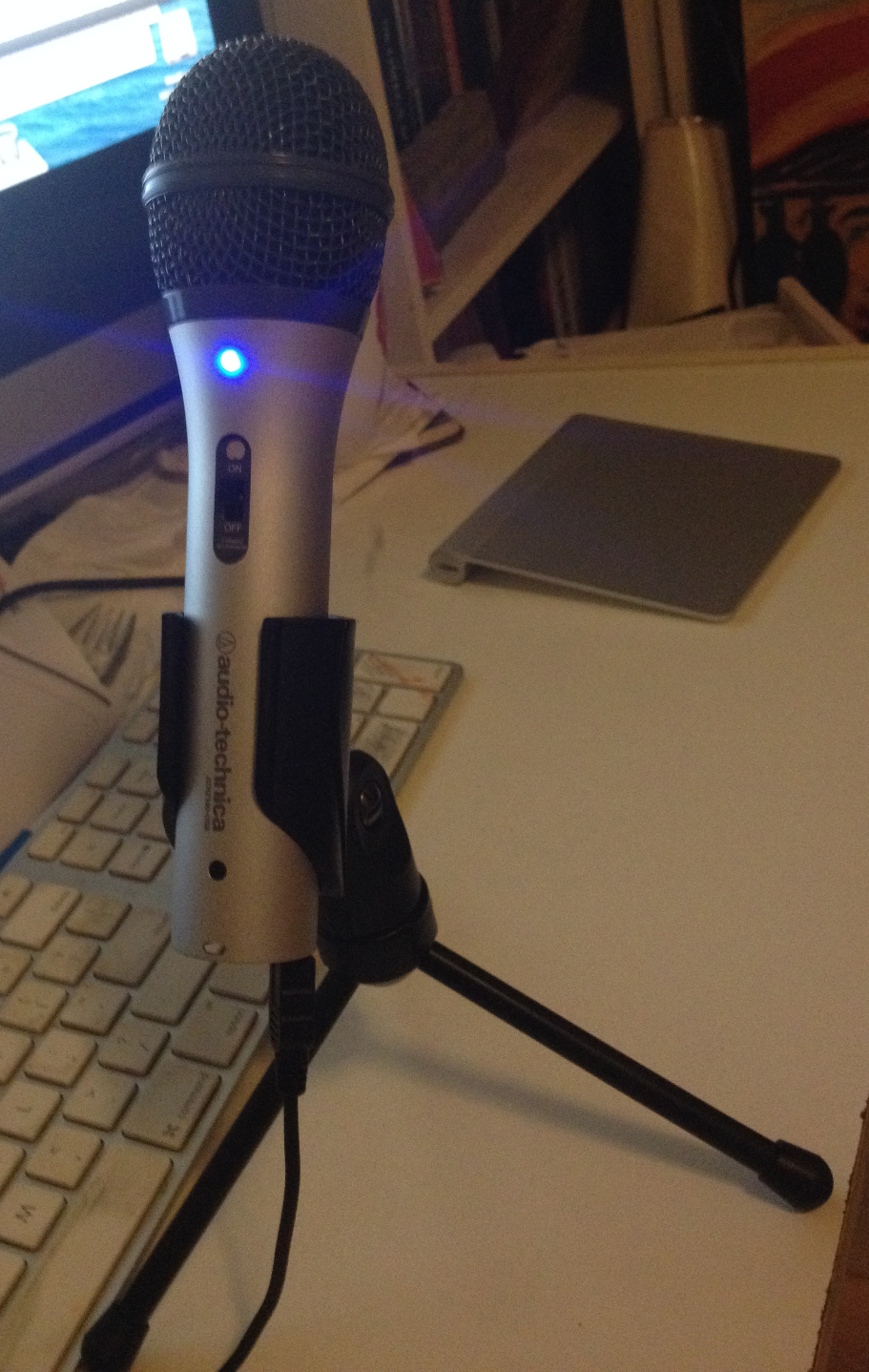 Stainless Steel Pop Filter, Onyx Blackjack USB Interface ($149) from Amazon, Heil PR-40 ($327) from Amazon, PRSM Shock Mount ($105) from Amazon About ($600 total): With sponsorship funding from Pragmatic I consider this to be my first semi-professional set of equipment. The Heil PR-40 is an impressive microphone and the stainless steel pop filter surpassed the fabric one. I also switched from a boom mount to a desk mount at some time during this period, but was mainly because my boom arm was cheap and kept sagging under the weight of the Heil and its shock mount. In time, I’ve come to prefer a desk mount as it works better for me. The biggest complaint with the PR-40 was that although it had a beautiful sound, the Onyx input gain was fully cranked in order to get a decent volume out of the microphone. The gain hungry microphone was left wanting for more gain and whilst the amount of audible hiss was further reduced compared to the ATR2100 via USB, it was still very noticeable. 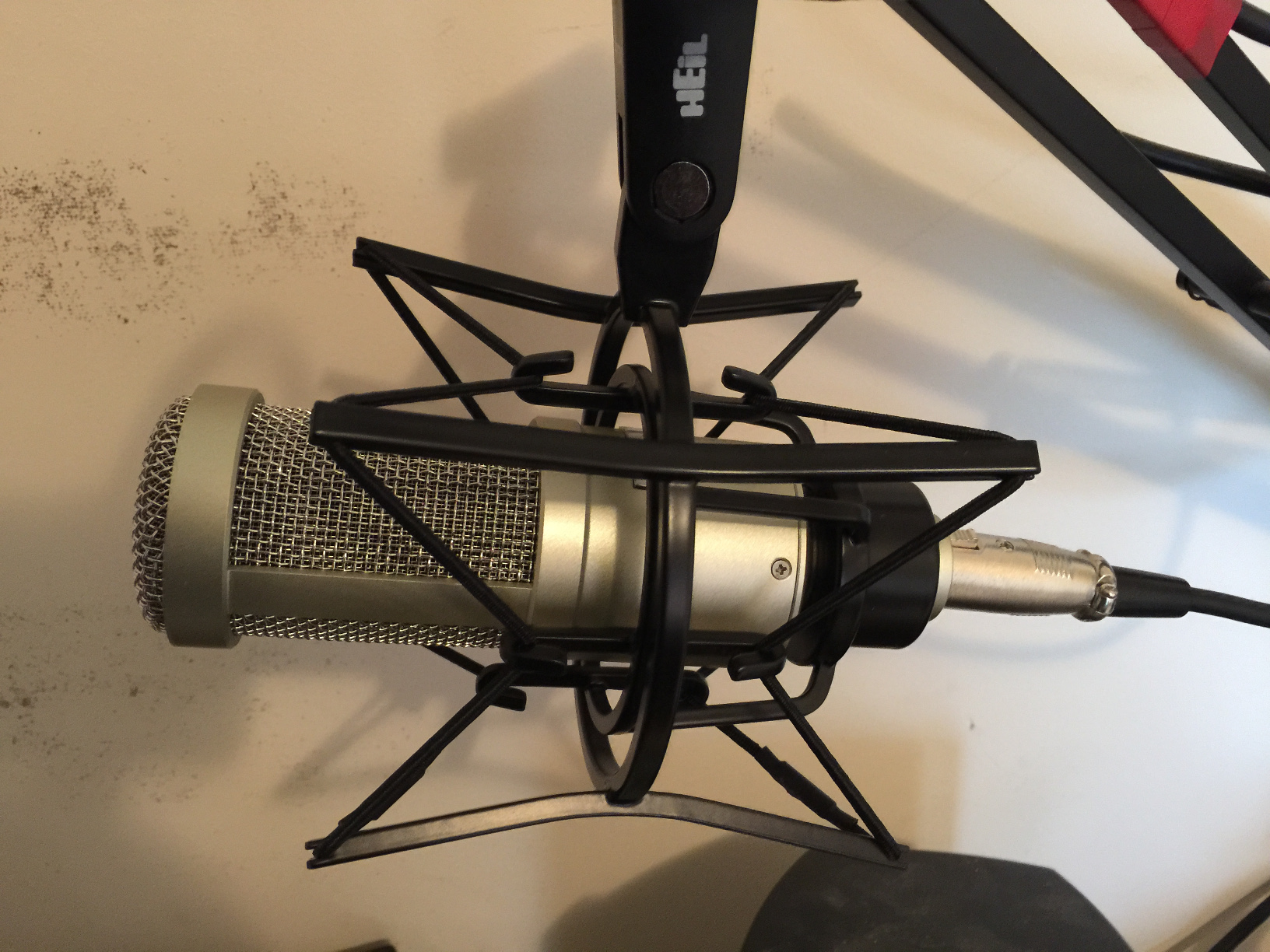 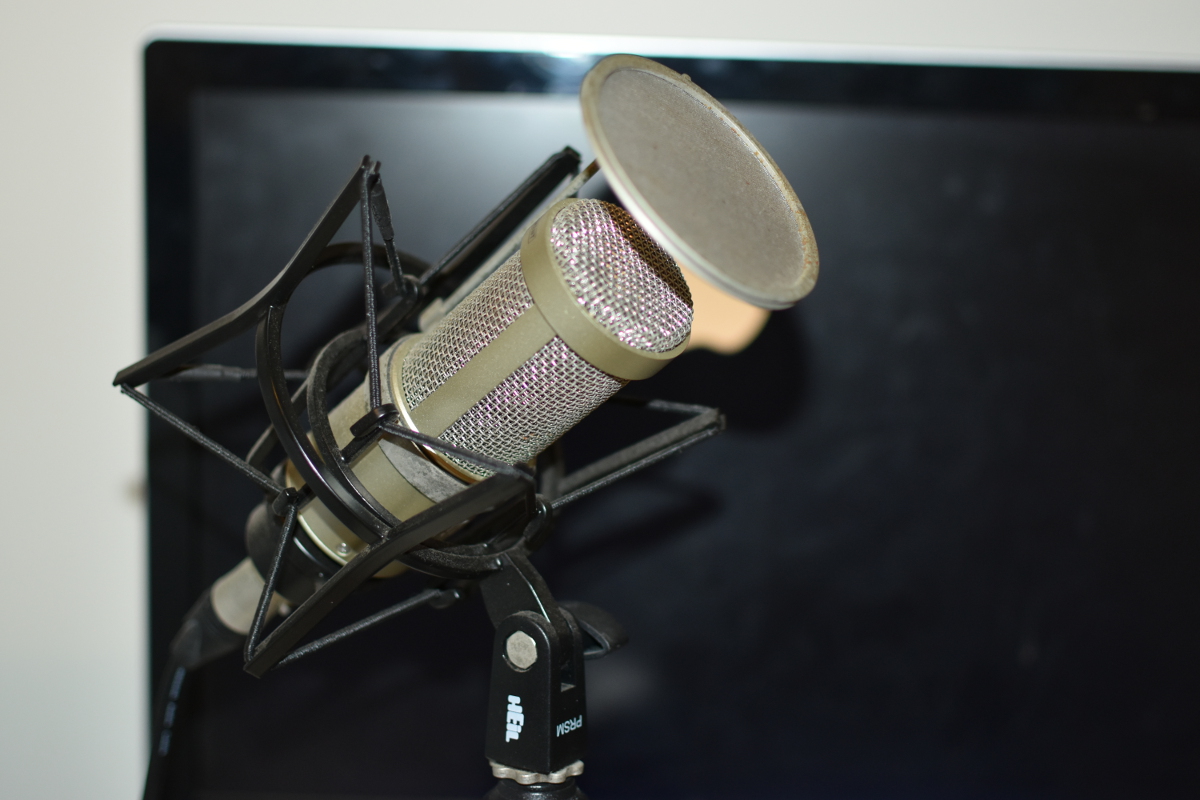 Added DBX-286 Pre-processor ($199) from Amazon: With launch sponsor funding I added one of Dan Benjamins highly recommended audio pre-processors: the DBX-286. (It’s worthy of note that it was AT THAT TIME, however since he has moved onto a more advanced Apollo interface) It’s an excellent amplifier that finally allowed me to extract the gain I needed from the Heil, however upon tweaking the De-esser, and various other settings endlessly, I could hear enough audio artefacts from the pre-processor that after a year or so, I turned off the pre-processing features and used it for additional gain, but shortly thereafter I stopped using it entirely. Interestingly last year Dan sold all of his. Theory seems to be that if you capture a clean signal, software post-processing gives you the opportunity to tweak the result any time you like, however by modifying the source audio you’ve affected the final recorded audio permanently, leaving you fewer options to tweak it if there was an issue with the settings.

I heard the beginnings of an issue with my Onyx Blackjack. The USB Interface was about four years old and the input potentiometers were becoming very noisy. It’s a common issue with analogue potentiometers, even those that are sealed. With use, the wiper that contacts the resistive strip on the dial inside the potentiometer develops a thin layer of dust, grit and oil that causes pops and hisses in the recorded audio. With sealed pots you can’t spray them with a contact cleaner, so there’s no option but to replace them. 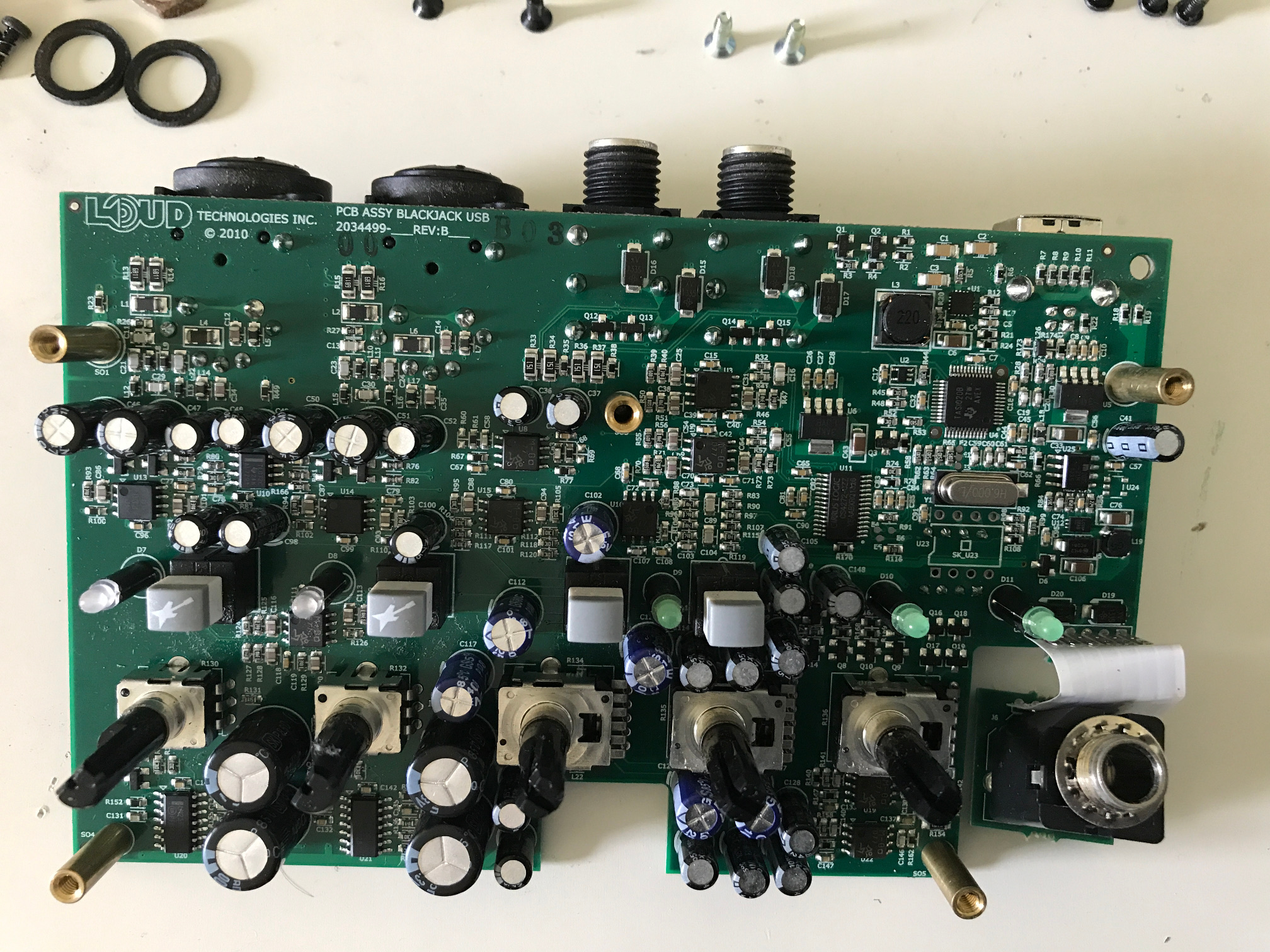 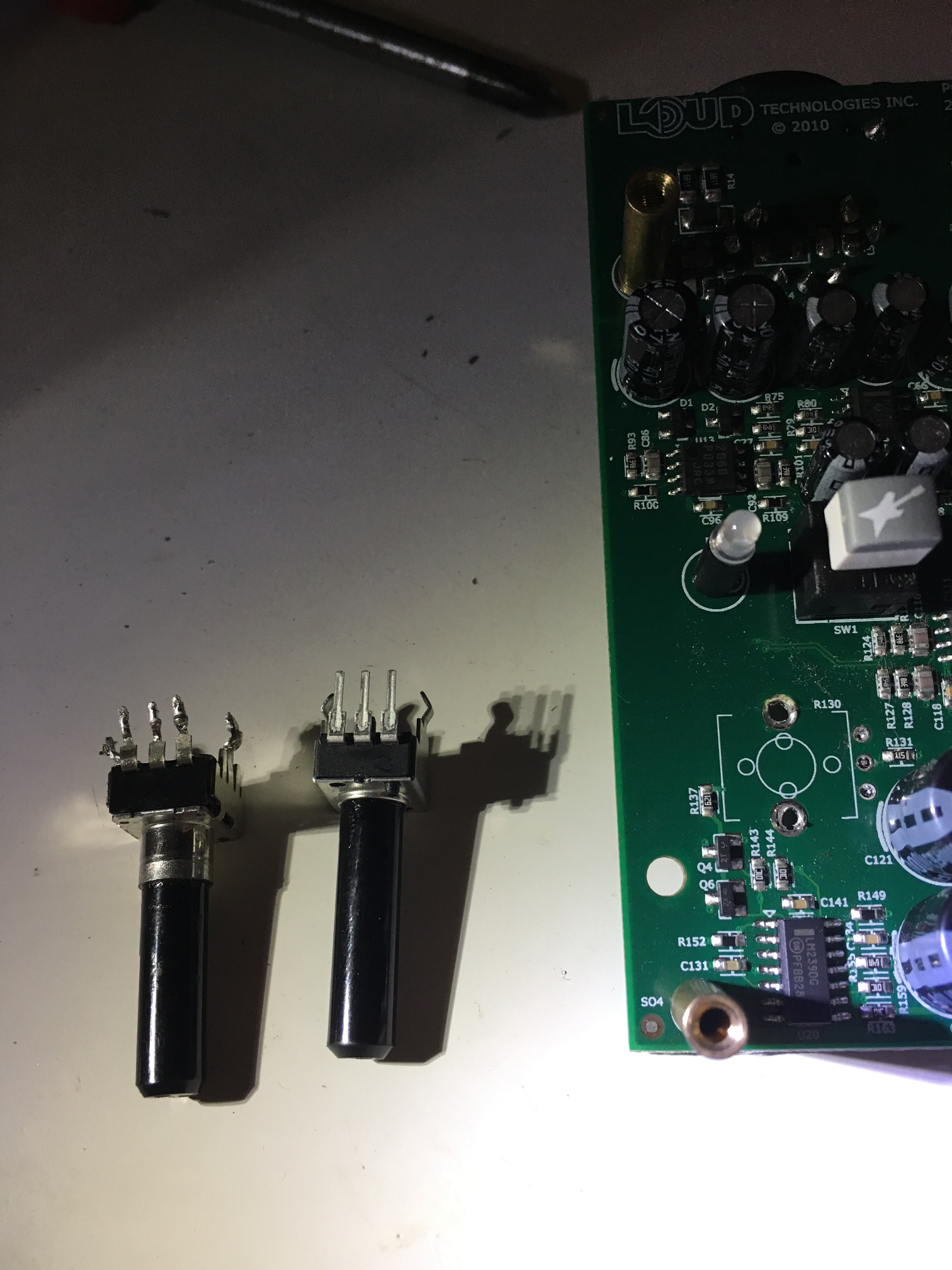 Mackie used unbranded and practically unlabelled pots, and their schematics weren’t very helpful. Podcasting was put on hold for nearly two months whilst I identified workable spare parts and went about attempting to fix the Onyx. I had to re-record several episodes of Analytical in early 2018 as a result, and spent a lot of time disassembling, resoldering the Channel 1 potentiometer and reassembling the Onyx so that I could do that, however the incident stepped up my plans to replace the Onyx with a better USB Interface. A more recent model with the same amplifiers as the USB Pre2 that Marco Arment adores.

SoundDevices Mix Pre3 USB Interface ($850) from Amazon, Shure BETA 87A ($249) from Amazon, Sound dampening material/enclosure, Primeacoustic Audio Shield ($99) from Amazon (About $1,300 total): Saving up from many months of Patron support, I’ve finally taken the plunge on my newest equipment. The Shure BETA 87A is a wonderful microphone, and because it’s designed to be handheld, it doesn’t require a shockmount nor does it require a pop-filter or windshield for my use case. I’ve used it on the repaired Onyx and it sounds much more balanced and is a more honest representation of my voice (more treble content than the Heil). Additionally because it’s a condensor it doesn’t require huge amounts of gain and the audio is considerably cleaner with most of the background hiss that’s typical with Dynamic microphones, has effectively disappeared. The Pre3 is a forward-thinking purchase. It’s the successor to the MixPre-D and shares a lot of the same technology as the USB Pre2 except that it’s more portable, offering local mixing and recording as well as USB Interface recording (simultaneously) from a multitude of power sources. It’s rugged so can be used portably as well as for podcasting in a home studio and can handle 3 XLR inputs. 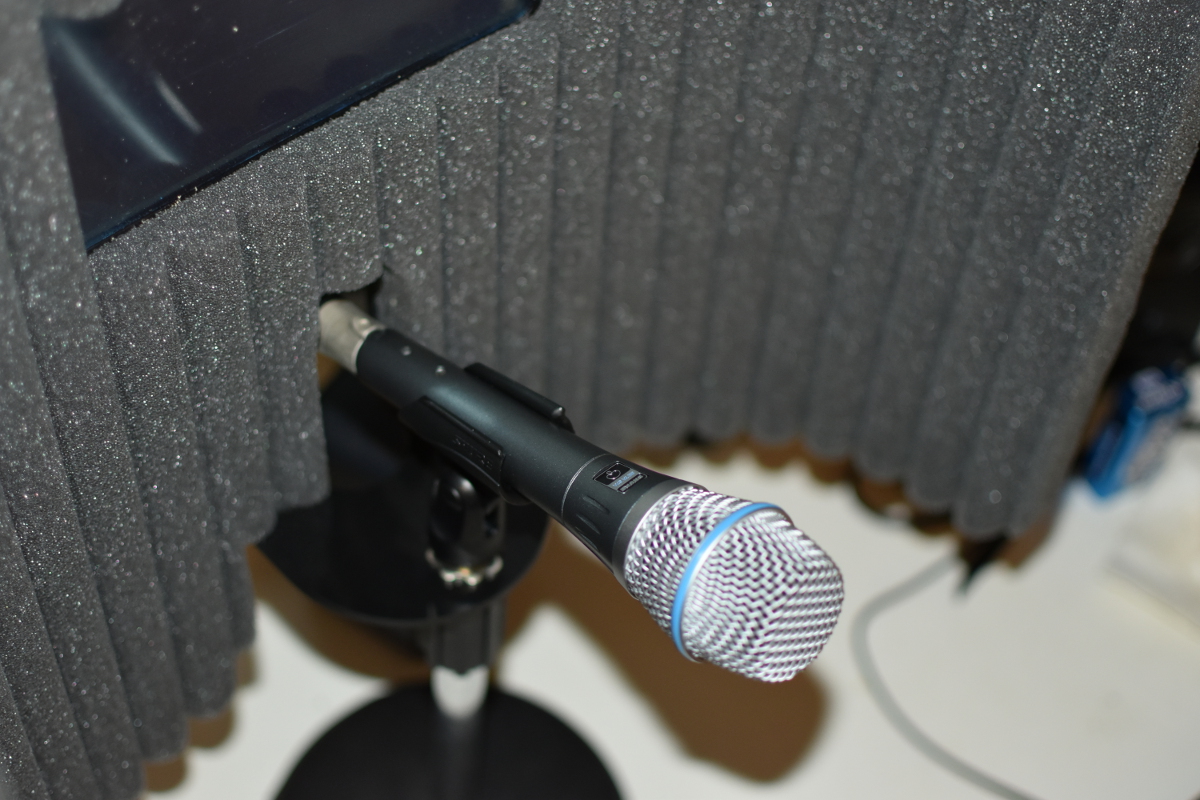 The Pre3 will allow me to start doing field recording and interviews without an iPad/Mac nearby, self powered and the ability to record three people at once locally. I still have the ATR and the Heil and the Pre3 will drive them very well opening up range of additional recordings I’ve been unable to do until now. I’ll post more on that in the future. Beyond this, paired with a DSLR for video, high quality audio recordings in the field will be possible shortly with an additional shotgun microphone. 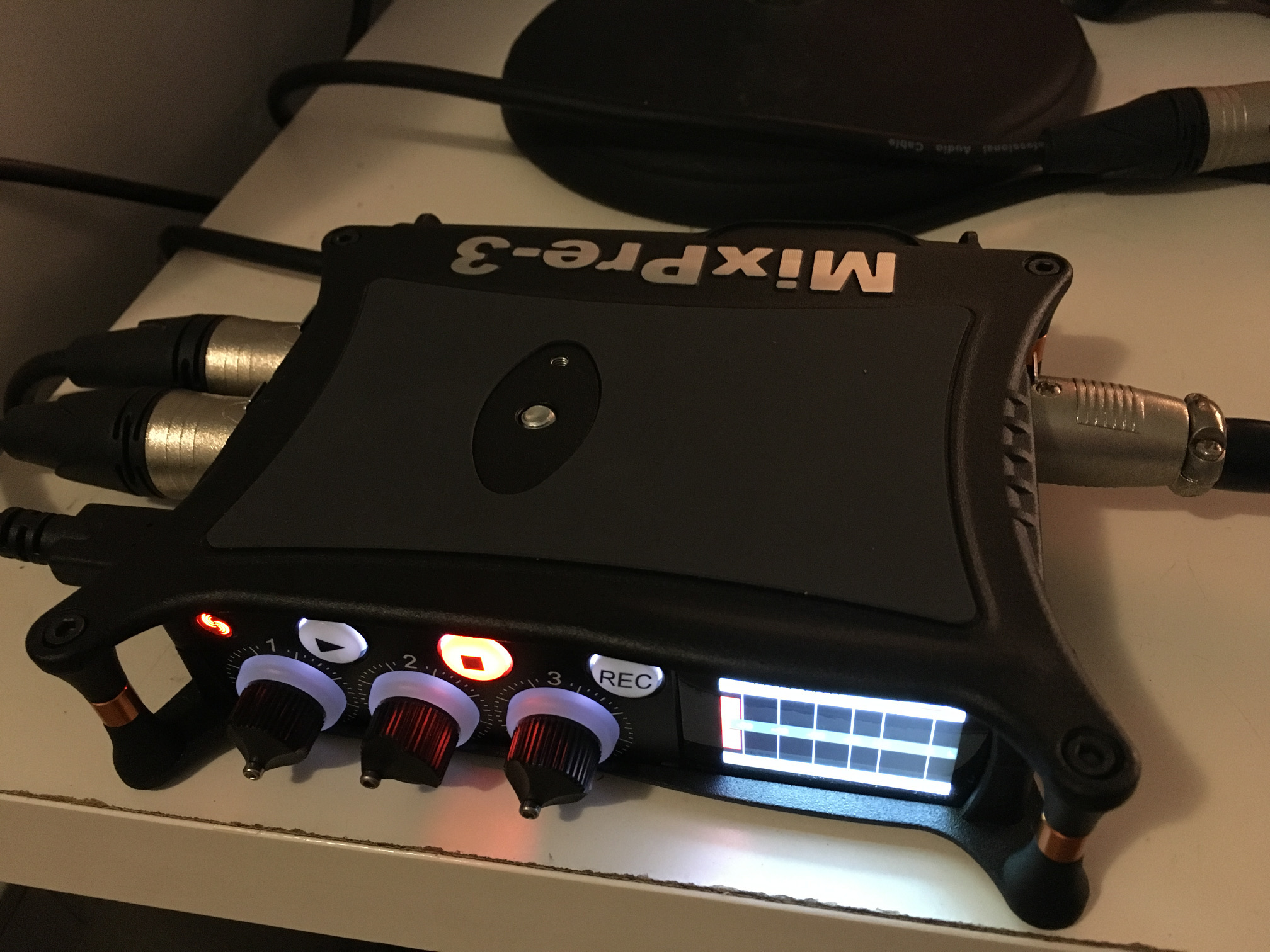 Sound treating my house has always been a point of contention. The room I have to use is what (in this house at least) we call a Study, however as the floor plan identifies it as a dining room it was built without a door and one may not be added for reasons that those in long term relationships will probably understand. The walls could not be modified and needed to be sound-treated in such a way that the components could be kept safe from the family pets. (Removable double-sided taped panels are therefore not an option thank to a cat that loves to shred soundproofing material) In addition, making the setup portable would allow additional flexibility in the future. The Auralex Audio Shield wraps behind and to the sides of the microphone eliminating the reflections from the computer monitors and the walls. In addition a series of photography backdrop stands with a blanket material and a thick rug underfoot for sound absorption do a reasonable job of attenuating background nuisance sounds. In effect I’ve built a custom sound booth and the audio quality is surprisingly good.

Episode 85 of Pragmatic was the first to use the new setup in its entirety and having now edited that and a few others I can say that difference this has made is significant. Even with a modest amount of gain the Shure and Pre3 deliver quiet, clear undistorted audio. As a test of just how clean the audio was, I amplified and normalised a Pre3 recording in post-production without any perceptible increase in background hiss. That would have been impossible with the Heil/Blackjack combination as the pops and hiss sound level became very noticeable.