The Engineered Network: Lightning Has Struck

Recently I wrote about enhancements to TEN shows supporting Podcasting 2.0, and today I’d like to provide an update on the broader eco-system, as it relates to client apps that support these features. I’ve been working hard in the background to add time-synchronised transcripts and updated chapters, but now many more apps are supporting value streaming using Lightning (BitCoin).

Podcasters can now add a Lightning Node address to their podcast feed and listeners that listen in supported client apps can stream Satoshis1 to support their favourite show just by listening. You can adjust the number of Sats/min to whatever the app allows (usually 100/min maximum) down to zero - you don’t have to stream anything if you don’t want to. If there’s a really great moment on the show, you can also “Boost” a one-off support payment any time you like to show your appreciation.

If you don’t like Patreon or PayPal for whatever reason, this is the next best way to support the shows but if you’re not in the BitCoin/Lightning eco-system, how do you get started?

If you’re in the USA, you have access to Strike but otherwise most countries can access Blue Wallet on iOS or Android, and Breez. Both Blue Wallet and Breez are both non-custodial wallets which means your money stays on your device and not their servers (which is nice) and they both use MoonPay as a service to convert your Fiat into BitCoin/Satoshis.

Once you have Sats in a wallet, you can send them to a Podcasting app and start streaming value to your favourite podcast! If you use Breez, you can even play the podcasts in the same app!

The following is a list of currently available apps that support value streaming, by platform. 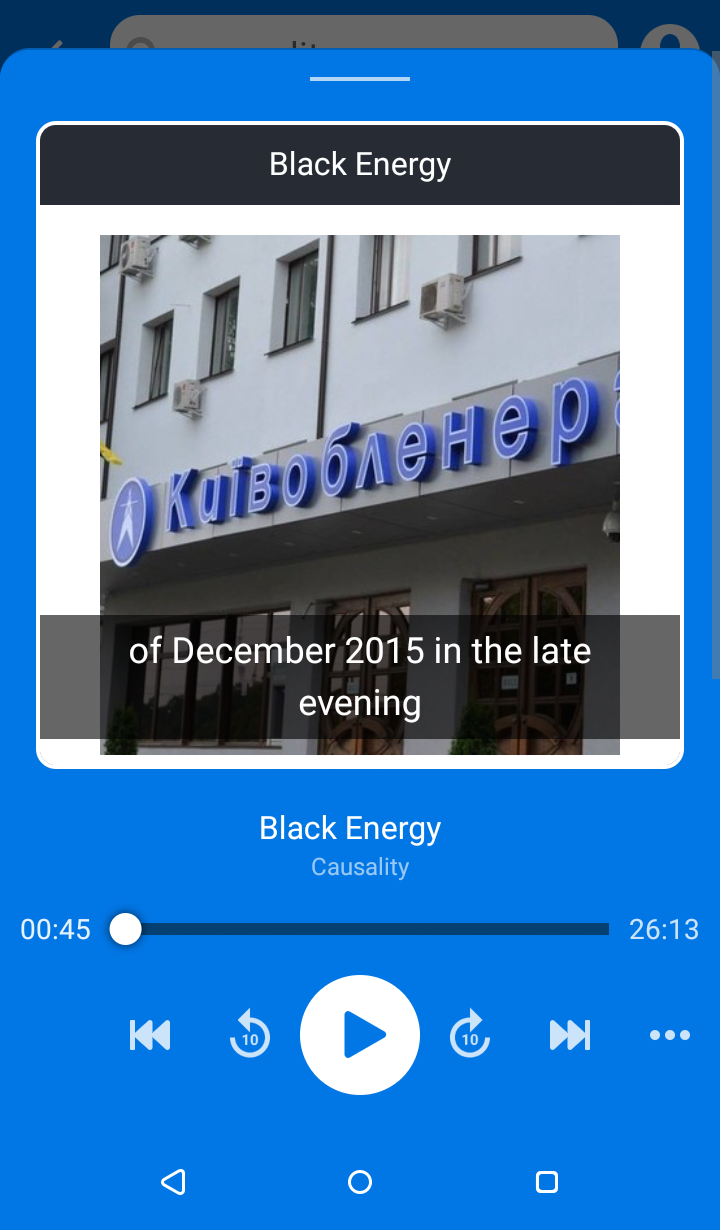 Sphinx have been trail-blazers in the space and their relay-chat server that connects directly into a Lightning Node (I run my own on my personal node) is transformative, their client apps cover the most platforms too, however to participate in podcast playback and streaming within Sphinx requires joining a Tribe first. To join a Tribe you first need your own Lightning Node, either a physical one or to rent one for a monthly fee2.

This is appealing to some people, but many would prefer to simply stream Sats from their app of choice rather than joining a chat group just to listen to shows and support them. There are Sphinx tribes for Causality and Pragmatic and these will stay however Sphinx carries an additional learning curve that makes it more challenging for newcomers to the Podcast/Lightning space to overcome. Whilst there are big benefits to Sphinx, I believe that most podcast listeners will find alternatives have less learning-curve friction.

If you’re new to BitCoin and you just want to stream Sats then Breez is your easiest option - it’s well integrated and you can top-up your Sats and then stream from the same app. It couldn’t be easier!

If you’ve been around the space for a little longer and want something more podcast-listener focused, with transcript and enhanced chapter support then give PodFriend a try! Any Sats you’ve on-boarded into Breez or BlueWallet are easily transferred to your PodFriend wallet and you’re all set.

I’m using PodFriend now on iOS to listen to value-enabled shows and it’s the most complete value-enabled player currently available. Martin Mouritzen continues to add more features to PodFriend and hopefully it will be ready for a full public (non-TestFlight) release in coming months.

If you want to support the Lightning value system, the team at LN Pay are how PodFriend was able to easily integrate Lightning value streaming into their app. If you’re already a Lightning app and you want to add podcasting support, the Breez team leveraged the Anytime Podcast Player and turned it into an easily embeddable library for other apps to use.

The Podcast-Lightning value space is looking very bright! In the six months since the value block was made available with only Sphinx supporting it, there are now three more clients available with Lightning onboarding becoming easier every time.

Whilst it’s unlikely that major client apps from Apple or Spotify would support this in the long term, my hope is that developers like Marco Arment, a long-time advocate for independent podcasters and podcast listener experience, will some day integrate streaming value support into their amazing client apps, like Overcast.

Until then I’m splitting my time between PodFriend and Overcast based on whether the show is value streaming or not and I don’t mind - because I know I’m supporting the creators and there’s no intermediaries in-between.